The mission was simple. Enviable, in fact.

From circuit training to patio brews, could the 2019 Lexus ES 350 keep up with my travels around Calgary as I tour the merchant network that is part of Lexus of Royal Oak’s Royal VIP Reward Program?

A daunting task? Admittedly, yes, especially considering the program has more than 50 participating vendors and counting (read more for the full list).

Yet with a goal to focus on locations that test the seventh-generation executive sedan’s limits – through morning rush hour and evening dinner runs – I feel confident this task is within grasp. 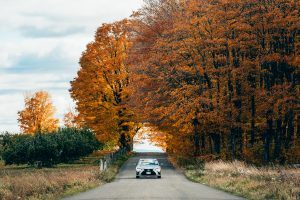 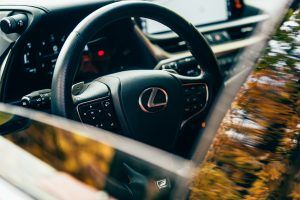 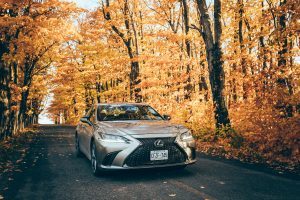 My two-day tour in the ES 350 takes begins at Orange Theory for an early workout. Not for me, of course! My better half has her usual class, so I agree to play chauffer and tackle the morning roads with an elevated feeling of self confidence nestled within the ES 350.

The V-6 purrs to life as I launch out of the driveway, with Rear Cross Traffic Alert safety features ensuring I don’t start my morning off on a bad foot. And the steering wheel paddle shifters keep me on my toes, adding a subtle sense of sportiness to an unmistakeably refined luxury ride.

While one of us burns some calories, I opt to crush my way through a morning Mango Magic with a boost of c-buster at the nearby Jugo Juice. With some time to burn (pun intended), I explore the in-cabin entertainment courtesy of the 12.3-inch display screen. It takes a bit of finesse at first to navigate it via the trackpad-like touchpad on the centre console. Yet by the time class is out, I’m a pro at toggling between Sirius and scouting the morning road reports.

The office soon beckons, and we both begin our work days. After a marathon of meetings, I’m all too happy to gather the brood from home and meet up at Montana’s for a weekday treat. 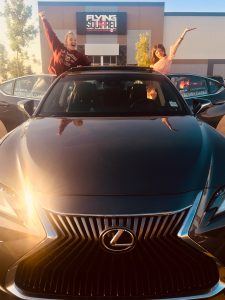 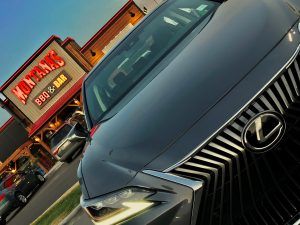 The semi-aniline leather seats do wonders on the commute along Deerfoot Trail after a day on conference room chairs, and the ES’s wider cabin provides ample breathing room once our family of four are on board. Before we know it, we’ve cozied up on the Beacon Hill patio, with the sun setting over the grey pearl Lexus just a few feet away.

The next day, I wrangle a work lunch at Ricky’s (home to the best grilled cheese in the city), followed by a quick jaunt around the Calgary’s ring road. The peppiness of a vehicle with a curb weight of 3,792 pounds is impressive, especially with the available torque at higher speeds.

My last evening with the Lexus ES is, again, devoted to the family – first to pick up a gift card at Frilly Lilly for an upcoming birthday, followed by some jump time at Flying Squirrel. If you’re relating to my “side job” as a chauffer, you are probably a parent, too.

Two days in the ES 350 sprints by, and before I know it, I’m back at Lexus of Royal Oak.

What did I learn? Two things. First, Lexus has unapologetically set the bar high with its executive sedan, giving drivers like myself a taste of its trademark luxury with a functional spin. And second, after a couple days perusing Lexus of Royal Oak’s VIP merchants, I might need to join my wife at tomorrow morning’s workout!

Hit the streets of Calgary in the 2019 Lexus ES 350 with financing from as low as 1.9 per cent and biweekly lease payments starting at $258. Also, take advantage of the 2019 Sell Down Event that’s currently taking place at Lexus of Royal Oak, with incentives of up to $15,000. 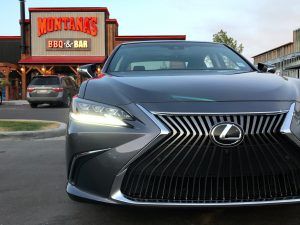 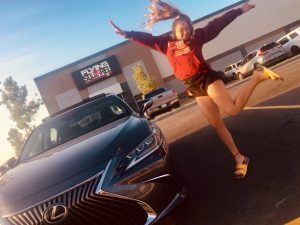 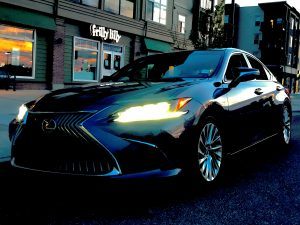