Lexus electrified the red carpet last night for the most anticipated movie premiere of the year, Marvel Studios’ “Black Panther: Wakanda Forever.” The luxury car brand welcomed cast members, celebrities and VIP guests, who took photographs in front of the all-new 2023 Lexus RX 500h. The hybrid electric vehicle was custom wrapped as a tribute to the new movie, complete with black panther claw decals on the hood. Behind the car was an LED screen featuring exclusive clips from Lexus. This is the third time the luxury brand has collaborated with Marvel Studios.

Danai Gurira, who is one of the stars of “Black Panther: Wakanda Forever,” was stunning as she posed for photos on the red carpet and at the Lexus activation. Gurira’s character, “Okoye,” is also featured in the luxury brand’s latest commercial “An Electric Future,” which premiered earlier this month featuring the all-new, all electric, Lexus RZ 450e. 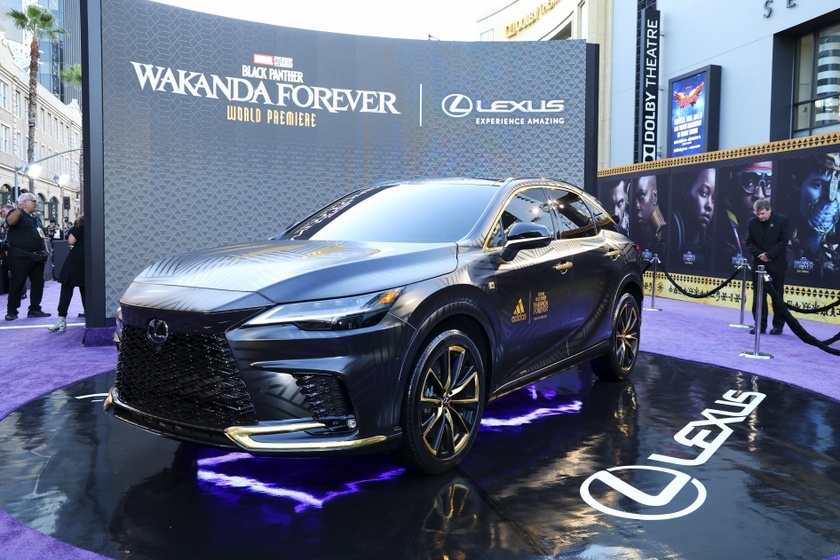